‚At the beginning of this century, subsequent to the release of my first book The Spirit of Trees, I began to promote the idea of Trees of Peace. My research had shown how important trees have been in the history of religions. This is no surprise regarding so-called nature religions, and it is also well known that Buddhism cherishes the Tree of Enlightenment. But it is mostly overlooked in the sacred texts to what high extent the founding fathers of Judaism, Christianity and Islam were engaged with trees through their religious traditions. 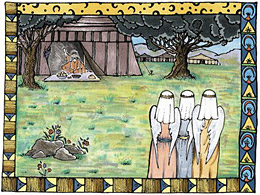 ‚My idea was to advance mutual tolerance by pointing out the common roots. We all come from the Garden of Eden, and Father Abraham, the patriarch of the three monotheistic faiths (Judaism, Christianity and Islam) initially received God’s calling in the sacred grove at Mamre beneath trees.

‚Practically, my vision entailed encouraging local communities to have a tree planting event which engages a local Rabbi as well as a Christian and a Moslem priest who would bless the tree in their own tradition. Brief speeches about ecology and man’s place on Earth would complete the programme. And some time for a snacks, drinks and talks afterwards.

‚But in 2001 the internet was still young and most people were only occasionally online. Only a few digital explorers found the way to my website; I didn’t get much response to Trees Of Peace. Then came 9/11 and the whole multi-cultural thing became a minefield. Anything religious became more suspect than ever – a few weeks after 9/11 I happened to tour Germany with my Tree of Life slide talk, and in many places the press cancelled my interviews because my press release contained the word "mythology" (!). A side effect of the "war on terror" seemed to be that anything related to religion or philosophy was also pushed to the margins of social acceptance.
I withdrew from this public arena and resumed my tree studies.

‚But the seed did germinate, with my help or not! The Tree Council in London took up the idea, published quotes from my Heritage of Trees (which is a summary of the religious history of trees in the world) on their website, and encouraged local communities to work in this direction. By now there are various organizations like the Luton Council of Faiths and the Greensand Trust and projects like Faith Woodland Communities, which even have support from the Forestry Commission who has given them a woodland to establish a multi-faith sacred grove.‘

PS: While my books mostly give a historical overview of trees in religious history, here are two books which are helpful regarding contemporary and practical aspects of religious communities incorporating trees:
Jo Edwards, Martin Palmer: Holy Ground – The Guide to Faith and Ecology
Martin Palmer: Many Heavens, One Earth – Faith Commitments to Protect the Living Planet

Charities to emphasise the spiritual meaning of trees

In May 2002, Fred Hageneder and his German publisher, Andreas Lentz of Neue Erde (‚New Earth‘), formed Freunde der Bäume (‚Friends of the Trees‘), fulfilling the idea of establishing a charity to protect trees in the ancient and global traditions of a ’sacred‘ context that is spiritual but not bound to a certain faith or confession. (And trees are ideal for this, because they lack the specific architecture that will always place, say, a church or a synagogue into a specific cultural context; trees are ’neutral‘.)

The German group was lucky to receive a donation of land in the Alsace (France), a meadow surrounded by forest. Tree planting began in the early years of the millennium. Inspired by Fred Hageneder’s book The Spirit of Trees, the layout contains a number of different groves:
• a Grove of Healing to celebrate the medicinal gifts of native trees,
• a Grove of Faiths to commemorate how most faiths (including the major ones) have developed their roots under sacred trees, and
• a Circle of Yews, cuttings from ancient churchyard yews in Britain.

Friends of the Trees

As soon as the German group was legally established the idea was extended to the UK. The inaugural meeting took place on March 23, 2003, on which date our aims and objectives were phrased. The inauguration group applied for charity status and it took the Charity Commission ‚only‘ eight months to do the paperwork. The British Friends of the Trees were granted official charity status on November 24, 2003. However, the British group was not so lucky as the German one. Their enthusiasm was not met by sufficient donations, but most of all, was hindered by British authorities, namely the Charity Commission which did not accept the spiritual approach to the natural world.

Here is Fred’s report on the dissolution of the charity Friends of the Trees in 2011:

Our charity Friends of the Trees lasted over seven years – longer than 90% of new charities – and it was good. Human contacts were made and some trees were saved. We all had a good time, apart from the admin required by the Charity Commission. And admin is what takes precious time away that could be devoted to the cause itself. 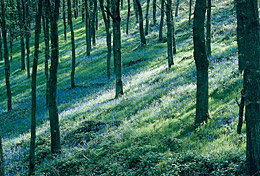 Our cause was to bring to public awareness the fact that loving nature, and cherishing trees in particular for their ability to enhance our health, our inner peace, and at times our consciousness, is nothing to feel insecure about. Some people and media might denounce such things as ‚pagan‘,hence many people get nervous because that form of bullying is quite strong in our society (compare tree news Sept. 2003: Sacred Site to be recognised term). Not many people dare to say things which the media tends to ridicule.

In this sense Friends of the Trees tried to bring more freedom. We knew that there are many private ’sacred groves‘ in the country anyway, created and looked after by modern-day druids, for example. But we wanted to give more people a chance to experience a Grove of Peace or a Grove of Healing without feeling the need to ’sign up‘ with any group, or comply with any type of belief. Experience nature, meditate, pray if they want to, in a forest where the trees are free of exploitation.. That is what ’sacred‘ means to me: that humans for once do not try and use everything to their own advantage, but honour and respect other life forms for simply being. To overcome our human self-centeredness with an attitude of gratitude – and sense of wonder, and joy.

Unfortunately, the Charity Commission has no sense for the evolution of consciousness. In 2003, we applied for charitable status with two objects:

(1) To advance the education of the public in the ecological importance of trees and their spiritual value and to encourage the planting, care and protection of trees.
(2) To promote the study and practice of arboriculture and forestry.

They gave us a hard time about the ’spiritual value‘. And, now considering us ‚pagan‘ they understood (or pretended to understand) ‚education of the public‘ as ’seducing children‘ to forms of sect belief and fanaticism. With the help of our associated academic members we could clear up the ‚education‘ misunderstanding (we had grown-ups in mind all along). But the Commission adamantly refused us the terms ’spiritual‘ or ’sacred‘.

This came as quite a surprise, as the ‚advancement of religion‘ is a well-established object in the books of the Charity Commission. But it turns out that ‚religion‘ in the UK means exclusively monotheistic mainstream faith, i.e. Christianity, Judaism or Islam. I don’t know how Hindu and Buddhist charities manage to gain support from this authority, but it certainly excludes any indigenous spiritual path, be it from the highlands of the Peak District or those of Peru. It is an unexpected standpoint in the age of multi-cultural societies and political correctness.

What they granted us was:

(1) To advance the education of the public in the ecological importance of trees and their amenity value and to encourage the planting, care and protection of trees. 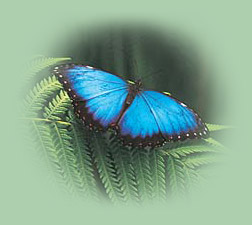 ‚Amenity value‘ – suddenly we were meant to promote trees for the advantage of dog-walkers and joggers. It is pure anthropocentricism, the one thing we wanted to get away from!

Friends of the Trees lived with that for seven years, but such a twisted declaration of identity never got us the numbers of members we would have needed to survive.

However, I do not blame the Charity Commission for their medieval views on spirituality. A good idea would take off anyway! If it doesn’t then the time is not right. We wanted to offer something where we saw a gap. The offer wasn’t taken up, so we turned to other things.

The impulse to dissolve the charity – not the Friends of the Trees as such, but the official charitable status – came in 2011 from two incidents:

1) the government’s apocalyptic forest sell-off plan against which organizations like 38 Degrees gathered tens of thousands of signatures in protest. This showed us that the British public does feel strongly for their woodlands, and may it only be their amenity value.
And because this country has the Woodland Trust, there is a lobby for trees.

2) Also in 2011, I was finishing my tree book for children, and in the course of research came across the children’s organization Plant-for-the-Planet. This encounter changed my life! Here is an ever-growing worldwide movement of children who don’t trust adults any longer to deal sufficiently with problems like global warming and deforestation. They are taking matters into their own hands, and have planted 3.8 million trees worldwide during their first four years! But what struck me most is that by their actions they are expressing that all trees, young and old and anywhere, are sacred because they mean LIFE. They mean a FUTURE for these children, for all children.

Suddenly, the idea of a fenced-off ’sacred grove‘ seemed dated to me.
The entire Planet Earth is sacred. Forget the fences!

Friends of the Trees is still alive as a network of like-minded people and has an irregular newsletter dedicated to tree consciousness and tree protection.

If you want to give some of your time or money towards trees, I recommend Rainforest Rescue and if you live in the UK the Woodland Trust."